It’s not often you hear someone say that making something bigger made it easier to install. But that was the case with two Draper screen models.

The James E. Bruce convention center—located in Hopkinsville, Kentucky, not far from Fort Campbell— boasts more than 26,000 square feet of space which can be divided into 11 separate rooms. The impressive facility includes terrace and patio spaces, open ballrooms, and small meeting rooms, and hosts a full schedule of events of all kinds. 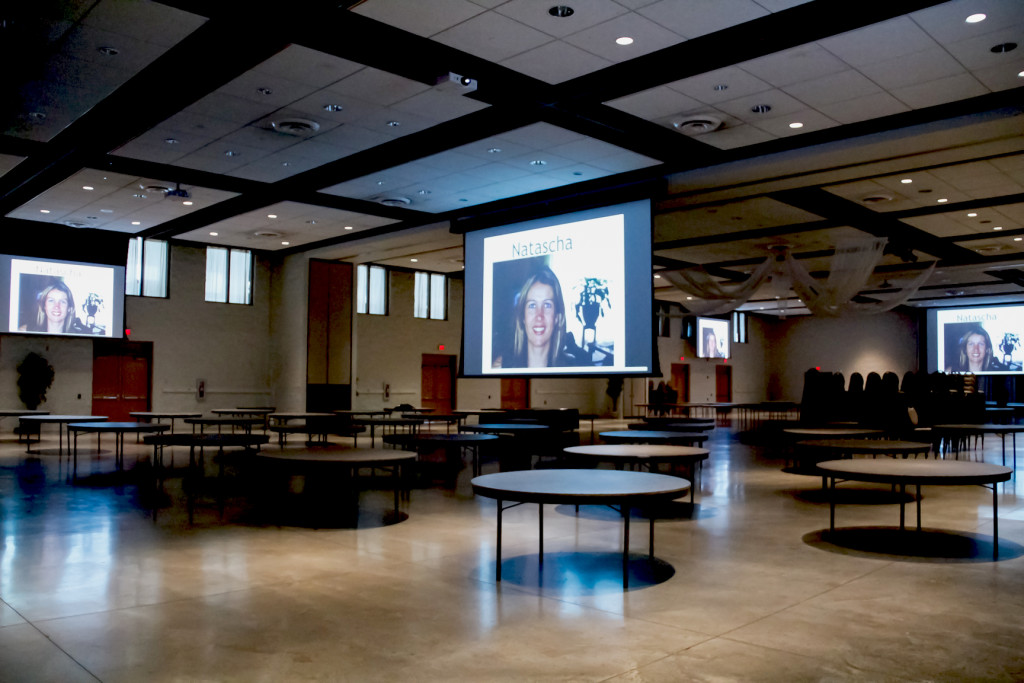 When convention center staff began surveying customers, however, they discovered there was a weak spot in their facility.

“On the questionnaires that were filled out by their customers, the AV side received the biggest complaints,” according to Peter Vaque, the President of Springtree Media Group LLC, Franklin, Tennessee. “There was nothing permanently installed so they were always scrambling to set up for the different events. The quality always suffered so we were asked to come up with a solution that would cover anything that came their way.”

Because of the size and layout of the center, Springtree decided that several screens were needed—and that they would have to be big. In the end, Vaque chose to go with four 165-inch diagonal 16:10 Premier tab-tensioned screens and two 278-inch diagonal Paragon tab tensioned screens. Due to the ability to control ambient light, and also budget restrictions, black-backed Matt White XT1000V viewing surfaces were used.

Even though these were some big—and heavy—screens, the Premier and Paragon screen cases actually brought some installation advantages to the project.

To continue reading this case study, click here. You’ll also find a link to download a free PDF of the case study.