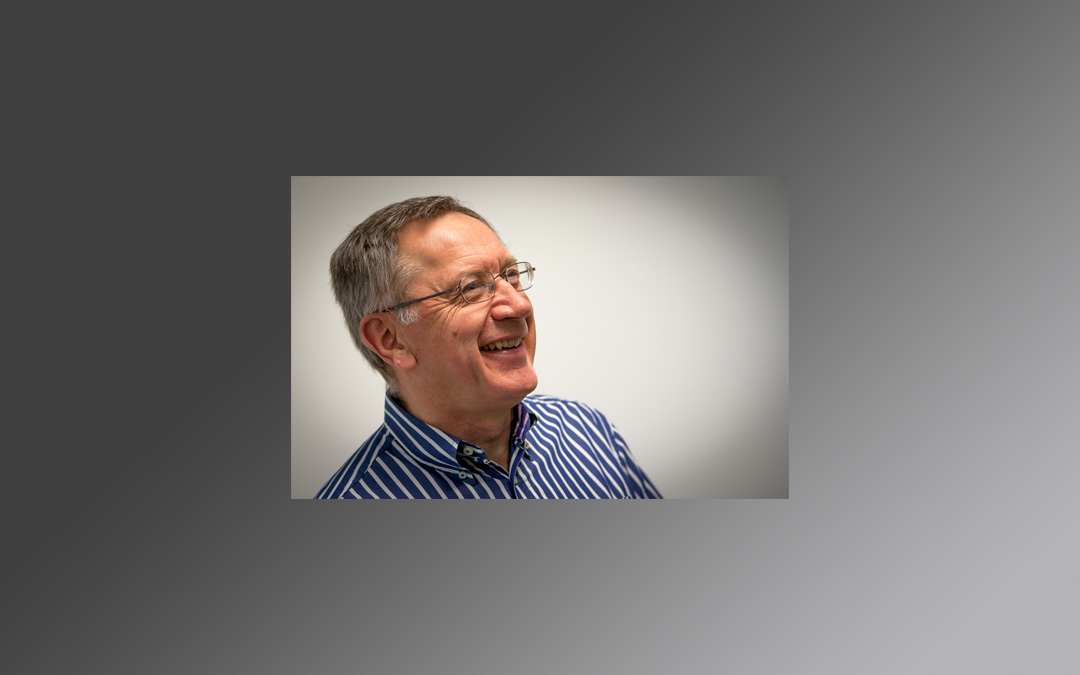 Last month, we said goodbye to our European sales manager. Brian Cassley had been with Draper since 1999, operating out of his home in Wales and Draper Group UK in Northamptonshire.

In announcing Brian’s retirement, Draper president John Pidgeon described him as the consummate gentleman, and that’s a point I think everyone who’s worked with Brian would echo.

I’ve worked with Brian for the past several years in my role of export sales manager, and we’ve spent a lot of time on the road together. When you travel in a car with someone for hours on end, having meals together, etc., you learn a lot about that person. You either like being around them, or you dread those hours in the car. I looked forward to that time with Brian because it was always great conversation. We laughed and solved many of the world’s problems during those discussions.

Brian first approached Draper in 1998, at a trade show called Photokina in Cologne, Germany. Here’s how he described the decision to try getting a job with Draper: “I was being made redundant from my then employer and I was looking to join a company in the AV industry … that would enable me to avoid moving home.” Just another example of Brian’s understated humor.

Brian said the biggest changes he noticed over the years were the evolution in the projection screen market, and how Draper was able to rebalance its manufacturing and sales activities to meet that challenge.

One thing that never changed over those years was Brian’s dedication to his customers, and his co-workers.

“He has been a wonderful mentor—Brian has much experience in building and sustaining relationships, and he does a terrific job of focusing on the person behind the purchase. I have learned a lot from him about meaningful ways of keeping productive business relationships professional, yet in a personalized manner,” said Draper export sales consultant Amy Howard, who worked with Brian for 13 years—occasionally in person but mostly via phone from our Spiceland office. “We have many customers who will miss him greatly. Brian represented Draper very well, so I know we will continue to enjoy their loyalty to the Draper brand as we try to fill his role in assisting the European market. His are large shoes to fill.”

Everyone seems to agree: Brian was a joy to work with.

“I had the privilege to work alongside Brian for eight years. He was always there whenever I needed help or advice. He was always ready and prepare to get stuck in whenever there was work to be done at shows, with customers or in the warehouse,” said Draper UK sales and operation manager Joseph Burke. “Brian always told some of the most fun stories and you knew you weren’t going to have a bad night if Brian was around. We will miss him very much.”

Brian said he won’t miss things like working with various software systems and arriving home late from sales trips. But, what will he miss?

“My Draper colleagues,” he said. “They are great people who I hope to remain in touch with.”

Another thing he may miss—or maybe not—is attending trade shows. Despite the long hours, Brian said he always managed to have fun at trade shows. He remembers one incident in particular.

“My favorite incident was almost destroying an escalator with (AV/video market manager) Bob Mathes’s help,” Brian said. “I thought it was a good idea at the time to drag a pallet truck onto the escalator in order to deliver a demonstration product fast. Not surprisingly, the escalator started squealing under the product weight and it stalled. This led to a hasty retreat and apologies to the hall staff. Bob and I blamed each other….”

Despite trying to blame Bob for the escalator incident, Brian’s co-workers describe him as being very supportive.

“He leads by a great example of diligent work effort, honesty and integrity,” Howard said. “He has a good ability to lighten the work day with his sense of humor or a kind word. And in the tougher times in the trenches together, he can always be counted on to supply a weary co-worker sustenance by way of chocolate!”

Although he’s no longer with Draper, don’t’ think Brian will be able to retire into the Welsh hills and relax. Plans have apparently been made for his time.

“There are lots of outdoor DIY projects which my family has secretly being storing for me,” Brian said. “Also, keeping healthy and busy with different activities is the priority.”

Brian leaves behind a strong legacy at Draper, one that will be tough to match. We wish him well in his DIY projects and other retirement plans. Thank you for your years of outstanding service and friendship, Brian, and good luck!

Or, as they say in Wales, Pob Lwc!