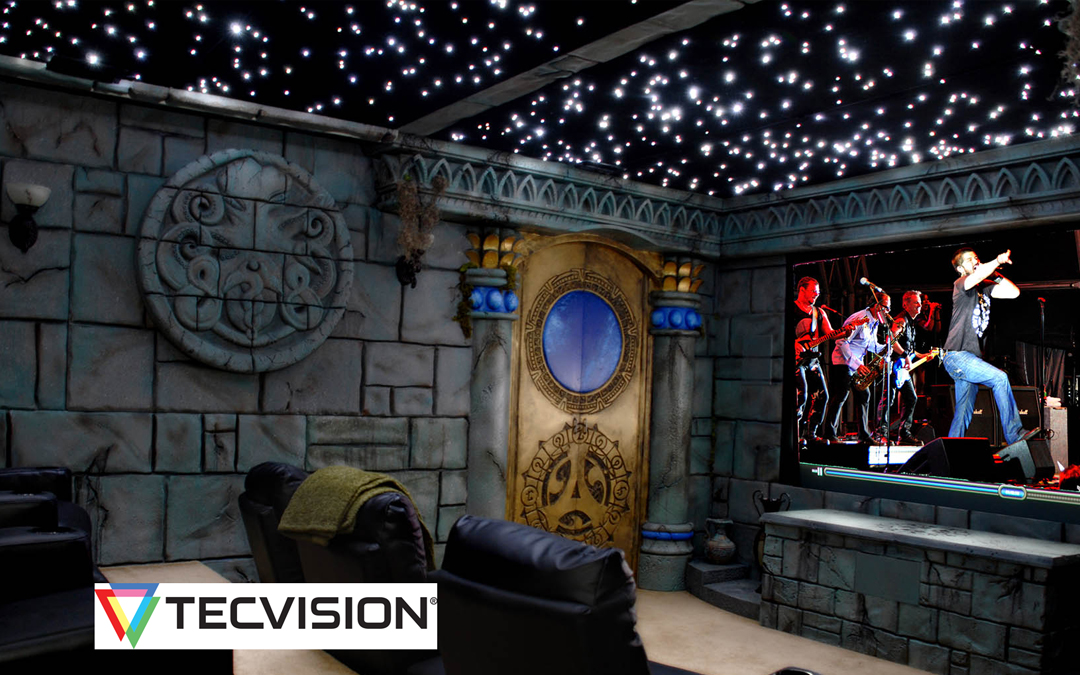 Projection screen technology has advanced by leaps and bounds over the past few years. Even with the emergence of larger flat screens, these advances have ensured that projection screens remain a viable and often preferred solution for visual displays. 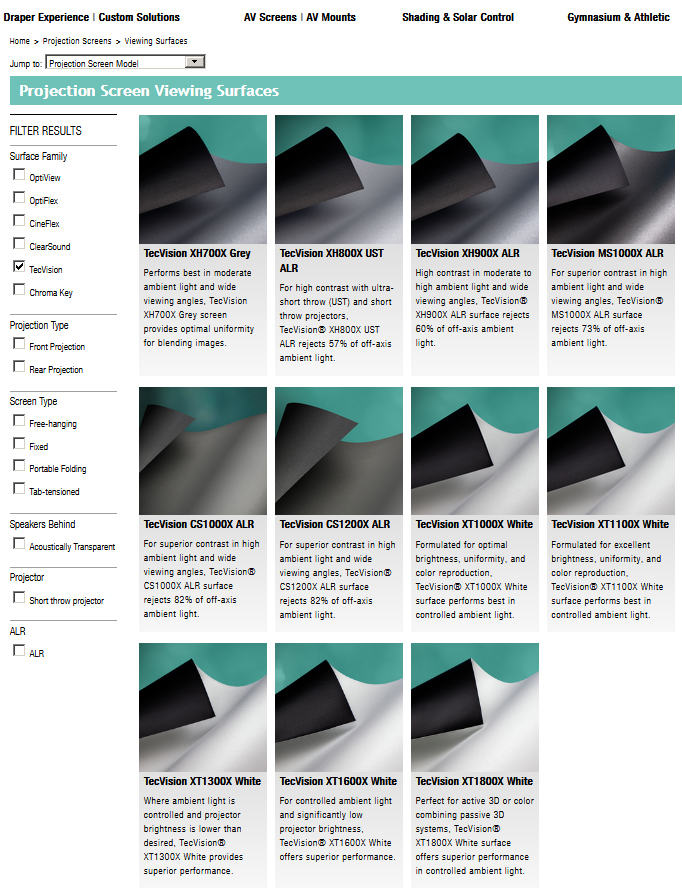 A solution for every need.
Gone are the days of putting up a white 1.0 gain projection screen in every room. Projection environments can vary widely, so screen technology has evolved to address those different needs. Whether the issue is too much ambient light, projector location, a wide seating arrangement, or projector brightness, there’s a TecVision solution to address that issue.

Colors the way they were meant to be seen.
Projection screen manufacturers have been known to tamper with chemical formulations to get extra brightness or other characteristics out of a screen. One example is adding a blue tint to white screens to make them brighter. The problem with that is the screen is no longer reflecting accurate colors. All of our TecVision surfaces have been certified by the Imaging Science Foundation (ISF) for color accuracy. In other words, TecVision will not affect the colors you are seeing.

Leave the lights on.
People of a certain age can remember sitting in a classroom, watching a film presentation and trying to take notes and not fall asleep in the dark. That’s because of those ubiquitous white screens being used in the wrong place. If the lights were on, the image would have “washed out” because the screen was reflecting the room’s ambient light in all directions, just as it was the projector light. 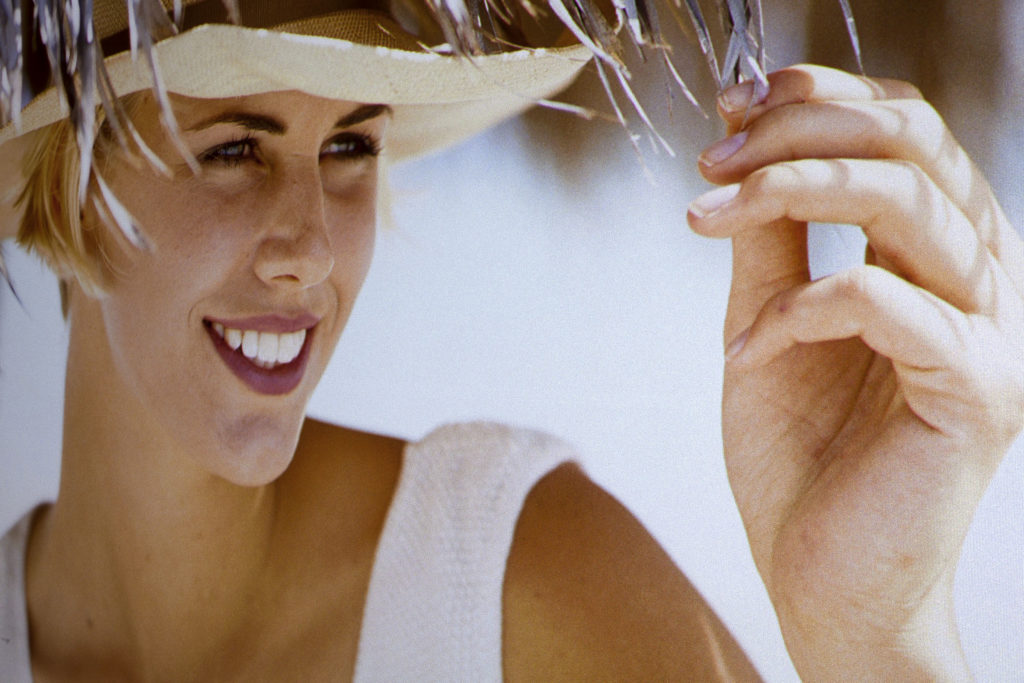 Uniformity.
If you’ve ever seen a projection screen where part of the image was brighter or dimmer than the rest, you were experiencing uniformity issues. The screen was not performing the same across the entire surface. Creating a uniform image is utmost in our plans when developing a new TecVision formulation. But in addition to uniformity across the image, we also provide uniformity from screen to screen. We test each formulation periodically to make sure it is still performing within our parameters.

Seams? What seams?
Seamed screens got a bad rap for several years because they were visible when the projector wasn’t on. Large seamless surfaces were available, but at a much higher price point. Optically seamless TecVision solves both problems. The substrate is seamed, but the image surface is not, so the seams are not visible. And our process is much less expensive than that used to create completely seamless surfaces.

To find the TecVision formulation that’s right for your application, click here.