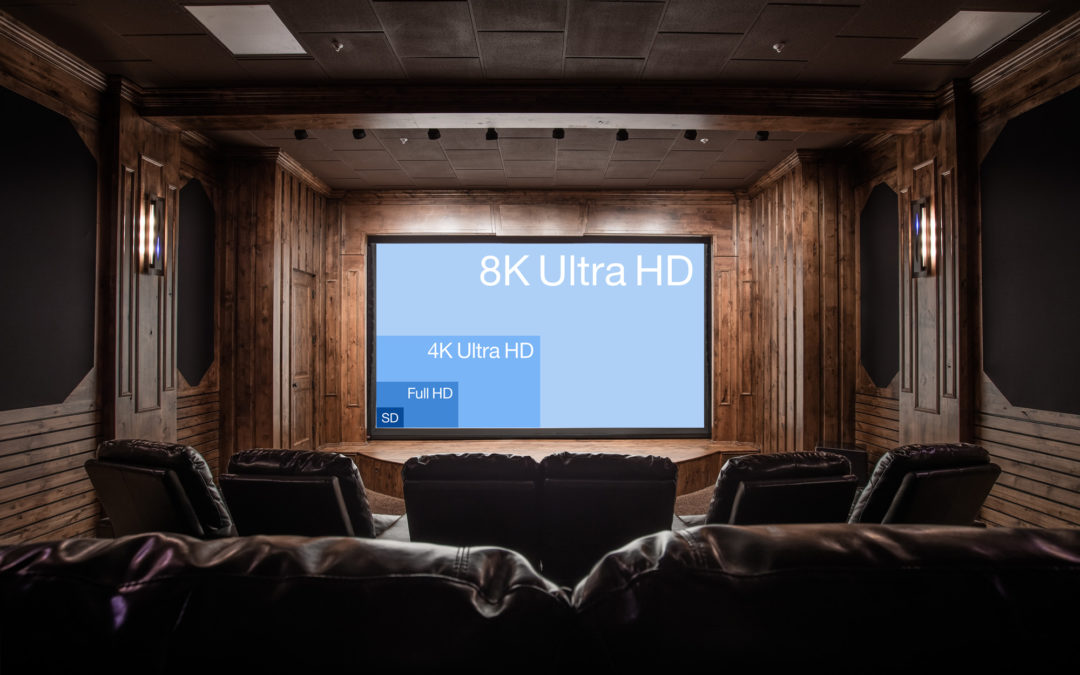 When someone inquires about a 4K display, what are they talking about? Sure, 4K, but what does that mean exactly? Does 4K mean the same thing for flat panels and projectors and screens?

Since the development of 4K we’ve seen a lot of confusion among our clients and their customers over this very question, especially when we ask them, “Which 4K?”

Draper consultant relations manager Steve Cook is here to clear up that confusion, and explain why we have to ask, “Which 4K?”

4K has gotten very confusing for many people, because over time different ‘types’ have been introduced.

How it all started.
The original 4K came from the movie industry. When digital projectors first began replacing movie theatre film projectors, they were 2K. Their resolution was 2048 x 1080, so 2K actually meant “more than 2000 pixels wide.”

4K projectors began to replace 2K in theatres. Their resolution was 4096 x 2160. This 4K format created by DCI (Digital Cinema Initiative—4K DCI) meant they were “more than 4000 pixels wide.”

Because the vertical resolution was the same as the movie theater 4K format, manufacturers referred to their displays as “4K.”

These displays are not the same resolution or aspect ratio as theater grade 4K projectors, and their horizontal resolution is not “more than 4000 pixels wide.” They are only 3840 pixels wide.

But what about projection?
This brings us to where things have gotten confusing for screen users and even some dealers. As a screen company, we have to ask “which one” when someone asks about 4K because of the multiple aspect ratios. That’s because projector manufacturers have joined the flat panel companies and introduced 4K-UHD projectors.

There are projector manufacturers who make projectors with 4K/4096 x 2160 resolution, which is the same as theater grade projectors used for 4K-DCI, but not for use in commercial movie theaters. Instead, they are marketed into home theater, simulation, and other commercial applications.

So now that projector companies are making 4K-UHD, 4K/2160 x 4096 resolution models, and 4K-DCI theater grade models, it is more important than ever to know “which 4K” you are buying.

If the projector model has “lens memory,” it can store multiple zoom/shift settings to make the image larger or smaller to fit all content onto the screen at a constant height.

The other way is to use an anamorphic lens in front of the regular lens. There are a couple of downsides to going this route. First of all, the lens typically has to be moved into place for Scope content, then moved away when projecting non-Scope content. And while anamorphic lenses are available for the home theater and movie theater market, they can be expensive. Anamorphic lenses for theater grade 4K-DCI projectors can cost up to $15,000.

The end result.
4K offers a better-than-ever viewing experience, as long as you are using the proper display tools. Figuring out the exact “4K” resolution and format are important steps in making sure you get the most out of the experience.

Our entire line of TecVision projection surfaces is not only 4K ready—it’s 8K ready as well! To learn more, click here to visit our TecVision page, or contact your Draper representative.

This site uses Akismet to reduce spam. Learn how your comment data is processed.