Catch our Year of Draper Video!

Throughout 2015, the Year of Draper (or, in hashtag-speak for those of you involved with social media, #YearOfDraper), we shared almost daily photos of our most important asset: the people of Draper. We wanted our customers to get to know us better, and wound up sharing more than 200 photos using that hashtag with a goal of putting the photos together into a wrap-up Year of Draper video. 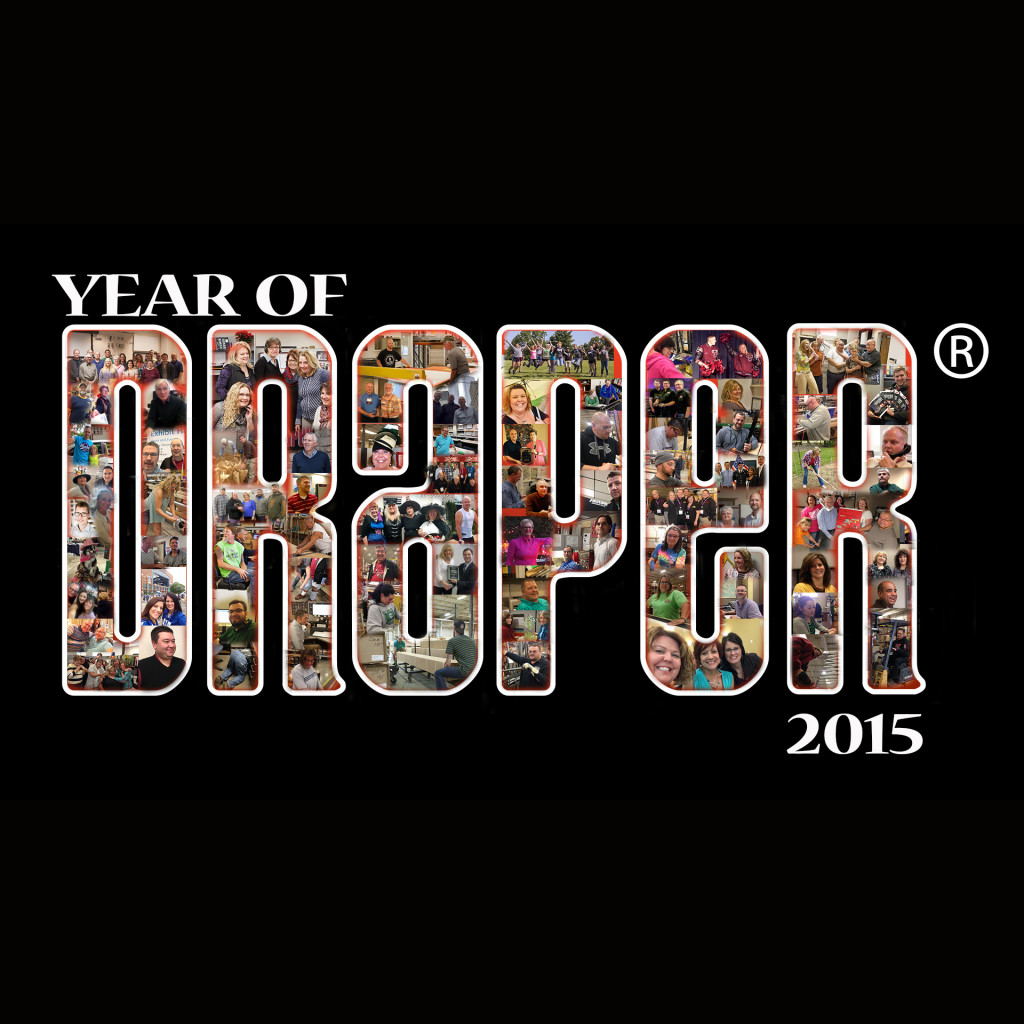 Picking the music for the video proved difficult. I searched and searched, listening to dozens of songs. We could have gone with some generic production music, but wanted this project to be more than a corporate video slideshow; we wanted to share the message of Draper. So Penny Sitler, Draper’s Marketing Manager, suggested asking her son Daniel for some help. Daniel studies musical composition at Ball State University, and spends his summers working at Draper as well. He agreed to assist, and with a bit of advice about themes, subjects, and musical style, came up with an awesome song that is exactly what we wanted to say.

Choosing the final photos for the video was a bit difficult, as well. Obviously a few had to be left out. So we decided to put them all, including those that didn’t make the final cut, into an online photo gallery so people could see them for longer than the few seconds they have during the video.

Those are just a few of my favorites from the #YearOfDraper. We’d like to know what your favorites have been—let us know in the comments section below. If you don’t remember them all, you can find a gallery of them here.